Experimental Psychology remembers those we have lost over the past few years and reflects on the ways in which their achievements have made our science a stronger discipline, and our world a better place.

Oliver “Ol” Braddick was Head of Department from 2001 until his retirement in 2011, and remained an active and engaged emeritus member. In 2001, he was elected fellow of the Academy of Medical Sciences and was a fellow at Magdalen College. In July 2012, he was elected as a Fellow of the British Academy, due to his contributions in the field of visual perception and its development in early childhood. He was also a Fellow of the Academia Europaea.

Professor Braddick’s research focused on the mechanisms of visual perception and their development in infancy and childhood, particularly spatial and motion vision. He is well known for proposing a specific mechanism for short-range visual motion (1974). In 1976, he established the Visual Development Unit with his wife, Janette Atkinson, initially in Cambridge and subsequently in UCL and Oxford. The Unit pioneered work on contrast sensitivity, binocularity, orientation and motion processing in infancy, on refractive screening of infants, and on dorsal stream vulnerability as a feature of extra-striate visual processing in developmental disorders. You can read more about Professor Braddick and his research in Oliver Braddick: Biographical memoir, written by Emeritus Professor Dorothy Bishop.

Matthew Rushworth, our Head of Department, said, "First and foremost, I am sure that the thoughts of everyone in the Department of Experimental Psychology will be with his wife Jan Atkinson. Ol’s death, however, will affect a great many people. Over the last few days former students and colleagues of Ol’s, from over five decades, have written to explain how important Ol’s support for them was at crucial junctures in their careers.” You can read some of those tributes HERE. Alex came to our department as an intern, then MSc student, and then DPhil student. A much-loved member of our Department, he passed away far too soon after an unfair battle with cancer.

It has been a huge joy getting to know Alex over the past 6 years. I had actually met him a few times when he was a teenager in his Mum's house back in Essex and he got in touch during his final year studying psychology in York to ask whether he could come and work as an intern in our OCEAN lab in Oxford. He was keen to work with us on psychopathy and attention. He helped with data collection on a working memory study and we spent many months talking cognitive psychology and psychopathy. I was delighted when he was accepted on to the MSc course and co-supervised his project with Kevin Dutton, which was his first (complex!) foray into attention and psychopathic traits. He was over the moon to finally be working on the topic he loved. We often laughed about that study and all agreed to focus on something less complex for his DPhil.

He was a fantastic member of our lab group. What I will remember are the howls of laughter coming from Kevin and Keith's office, with Alex's voice soaring over the others. He was kind, warm, fun and endlessly curious. I fondly remember the OCEAN "boys" on a lab away day in Great Tew after a long walk in the countryside with Alex still laughing and pulling his goofy expressions. That's how I will remember him - constantly curious, warm, fun and always willing to help. I will miss him.

Gordon Claridge joined our Department and Magdalen College in 1974 and remained a cherished and engaged emeritus member since his retirement (1998). Gordon was widely recognised for his theoretical and empirical work on abnormal psychology, with a special focus on schizotypy. He was a committed tutor and lecturer and wrote many interesting and successful books.

Gordon came to Oxford from Glasgow in 1974. He was recruited to develop and head the new Oxford postgraduate clinical psychology training programme, which he did with distinction for five years. Many of the graduates of that small programme (4 students a year) went on to be leading figures in the field including Professor Dame Theresa Marteau (Cambridge) and Professor Chris Brewin (UCL). However, a dispute between the University and the NHS, which was unrelated to Gordon, led to the NHS withdrawing the course from the University in 1979. In many ways this was a blessing for Oxford undergraduates.

Abnormal Psychology had long been an area that undergraduates were particularly keen to study but tuition was sparse. With the closure of the post-graduate clinical course, the Department and Magdalen College suddenly found themselves with an outstanding scholar of abnormal psychology who took a rigorous experimental approach to the subject and was keen to teach it to our undergraduates. Over the next twenty years until his retirement in 1998, Gordon inspired many generations of Oxford undergraduates (including myself) to go on to develop research and service careers in the areas of abnormal and health psychology. Many of the positive developments in British clinical and health psychology would not have happened without Gordon's inspirational teaching, aligned with great kindness. Jane Mellanby was an influential member of our department from 1970-2006. She studied physiology at Somerville (1956-59), completed her doctorate in biochemistry with Hans Krebs on ketone-body production in the liver, and was a postdoctoral fellow at the Dunn School of Pathology until she joined EP in 1970. In 1970, with the help and encouragement of Professor Larry Weiskrantz, Dr Mellanby set up a Neurochemistry unit in the new Experimental Psychology building to facilitate collaboration with psychologists. Her own work involved the investigation of physiological and behavioural changes in an experimental model of temporal lobe epilepsy.

In the 1990s, Dr Mellanby embarked on new research into educational achievement in secondary school children and university students. She was actively involved in the development of the verbal and spatial reasoning test for children (VESPARCH) which enables the identification of those who may be performing below their reasoning potential and investigative follow-up. This research formed the basis of her book, co-authored with Katy Theobald, Education and Learning: An Evidence–based Approach (Wiley Blackwell, 2014). Her work on the 'gender gap' at Finals in Oxford (the differential achievement of male and female undergraduates in Finals examinations despite no difference between the sexes in measured intelligence) remains definitive, if not conclusive. In 2016 she was made an Honorary Fellow of the Royal College of Physicians in recognition of her work in training doctors over a period of forty years in her role as a tutor.

Through most of this rich trajectory, Jane remained a legendary tutor and then emeritus fellow at St Hilda’s. 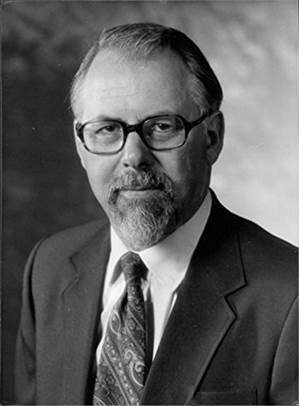 Professor Lawrence (Larry) Weiskrantz was the Chair in Experimental Psychology and Head of the Department between 1967 and 1993. He fought energetically and successfully to build and entrench the study of psychology as a scientific discipline at Oxford, and to lead our Department into its modern age. He died in Oxford in January 2018 after a short illness.

Professor Weiskrantz’s research focused on the areas of the brain that support our ability to perceive and interpret the visual world and to remember what we perceive, identifying and making major breakthroughs with regard to the phenomenon of ‘blindsight’ and convincingly demonstrating the existence of implicit long-term memories. His work was honoured by his election as a Fellow the Royal Society, the European Academy and the American National Academy of Sciences, while Professor Weiskrantz was also the founding president of the European Brain and Behaviour Society and a president of the Association for the Scientific Study of Consciousness. As Professor Kia Nobre commented, “we shall remain forever grateful to Larry for all his dedication and contributions to our department”. 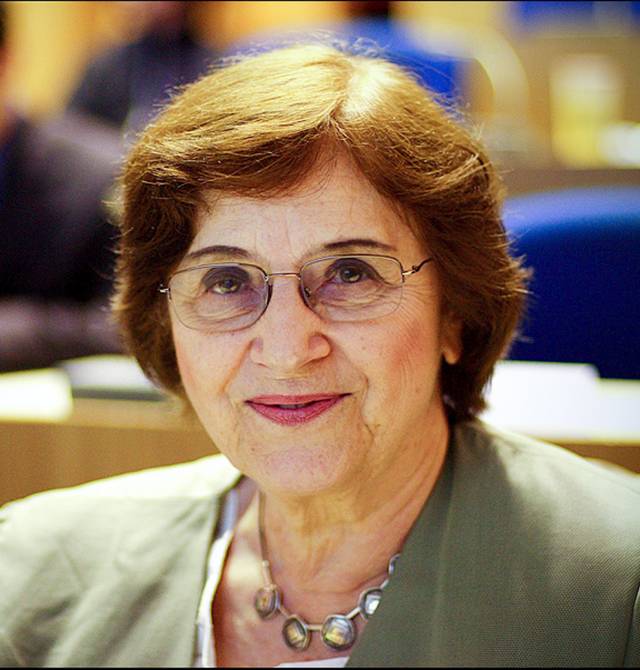 Professor Anne Treisman was a member of our Department from 1957-1978, where she obtained her DPhil in 1962 and then worked as a Research Fellow and subsequently University Lecturer and Fellow of St Anne’s College. We were lucky enough to welcome her back to Oxford to host the inaugural Anne Treisman lecture in October 2012. She died in February 2018 in New York City.

Professor Treisman was a luminary in attention research, contributing significantly to the theoretical foundations of the field as we know it today. She introduced Attenuation Theory, which added much needed flexibility into selection of information based on both physical features and meaningful learned associations; she developed the Feature Integration Theory to explain when and how the attention focus operates to deliver objects to our perception; she proposed that objects could also act as units of selection; and much more. Her work has formed the basis for thousands of subsequent experiments in vision, cognitive and neurological sciences, and has informed many improvements to real-life systems such as traffic signal design and airport baggage inspection. Honours for her research included an election to the Royal Society of London, the US National Academy of Sciences and the American Academy of Arts and Sciences, and in 2013 she received the National Medal of Science from President Barack Obama for her research into attention and perception. 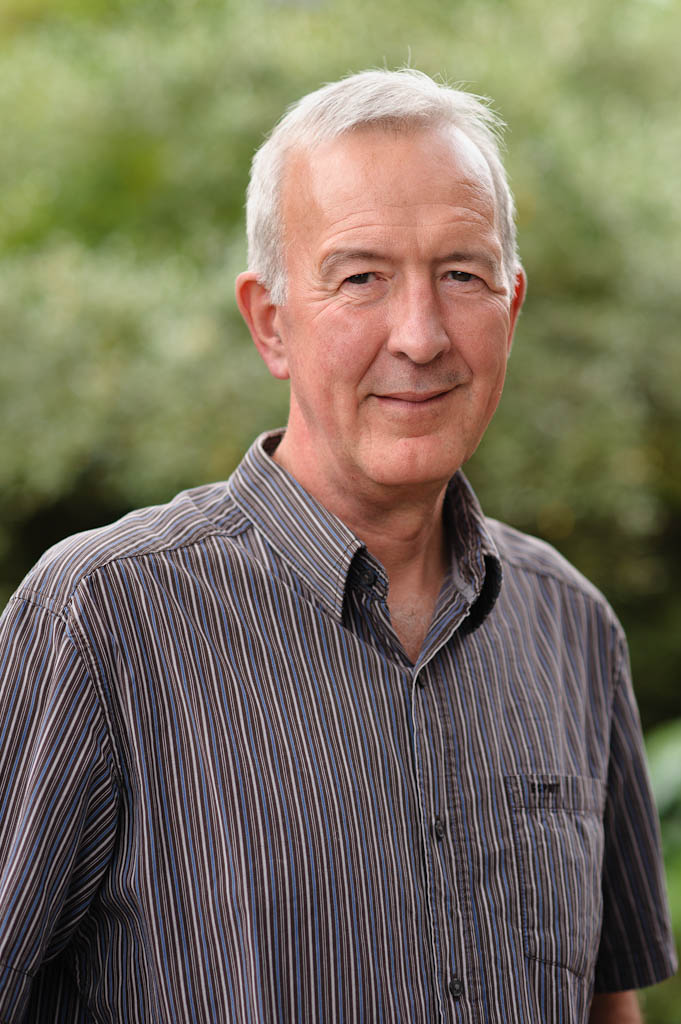 Professor Glyn Humphreys was a Fellow of Wolfson College and held the Watts Chair of Experimental Psychology. He was a transformative Head of Department and a world-leading authority in cognitive neuropsychology. He died suddenly in January 2016 while in Hong Kong as a Distinguished Visiting Professor.

Professor Humphreys’ research interests covered a broad range of topics, including cognitive problems after brain injury, attention, perception and language. His work contributed to the study of a wide range of neuropsychological disorders and included the development of new clinical screening instruments for detecting cognitive problems after brain injury, an area which has since been built upon by other members of the Department. Professor Humphreys also edited the Quarterly Journal of Experimental Psychology, Visual Cognition and the Journal of Experimental Psychology: Human Perception and Performance. Among numerous awards and honours, he received the British Psychological Society Lifetime Achievement Award in 2015 in recognition of his exceptional contributions to the field of psychology, and was honoured internationally as a special professor at the University of Leipzig and the University of Peking and at the National Academy of Sciences in China.

Alan Cowey spent over 40 years at the University of Oxford, where he was involved in many initiatives and served on many committees, playing many important roles in the development of neuroscience as an interdisciplinary field of research.

Alan played a pivotal role in setting up the MSc in Neuroscience course and for setting up the Functional Magnetic Resonance Imaging Building, which has now become a central hub of the Oxford Wellcome Centre for Integrative Neuroimaging, our own department and the Oxford Centre for Human Brain Activity.

Alan's primary interest was in the way we interpret the visual world. This led him to study not only the early visual areas, but also the inferotemporal and parietal cortex with which they are connected and the further projections into the eye field in the prefrontal cortex. His research interests were wide, covering colour vision, attention, visual neglect and the anatomical basis of visual abilities that can be spared after a lesion in the primary visual cortex.