Members of the department may be interested to know that Barbara Hepworth’s 1968 bronze sculpture entitled ‘Six Forms (2 x 3)’, which had been on loan to Experimental Psychology since the early days of the Tinbergen building has now been moved to the entrance hall of the Weston library (Broad Street), so it can continue to be viewed by members of the department and the general public.

If you are not familiar with the sculpture you might like to know that it is a deconstruction and elaboration of Hepworth’s ‘Single Form’ which stands in front of the United Nations building in New York. The Six Forms are created by a single off vertical cut and two horizontal cuts. The resulting forms have then been developed in various ways and reorganised into three pieces. You will notice that the surfaces of the pieces vary considerably with a green patina being evident on some surfaces. An interesting grain is also visible in the base plate. It has been suggested that the particular orientations of the forms is partly based on shapes that Hepworth observed when viewing the Isles of Scilly from a small boat that was being moved around by strong currents.

If you are walking along Broad Street early in the morning you will see that the sun shines directly on the sculpture.

Once the library has opened, you can wander round the sculpture, exploring it from different angles. The front view with Broad Street in the background looks like this:

And the back view with the library in the background looks like this:

The United Nation’s ‘Single Form’ that the ‘Six Forms’ is derived from is shown below. It was commissioned by the Jacob and Hilda Blaustein Foundation as a memorial to the United Nation’s secretary general Dag Hammarskjold who was tragically killed in an air crash in 1961. 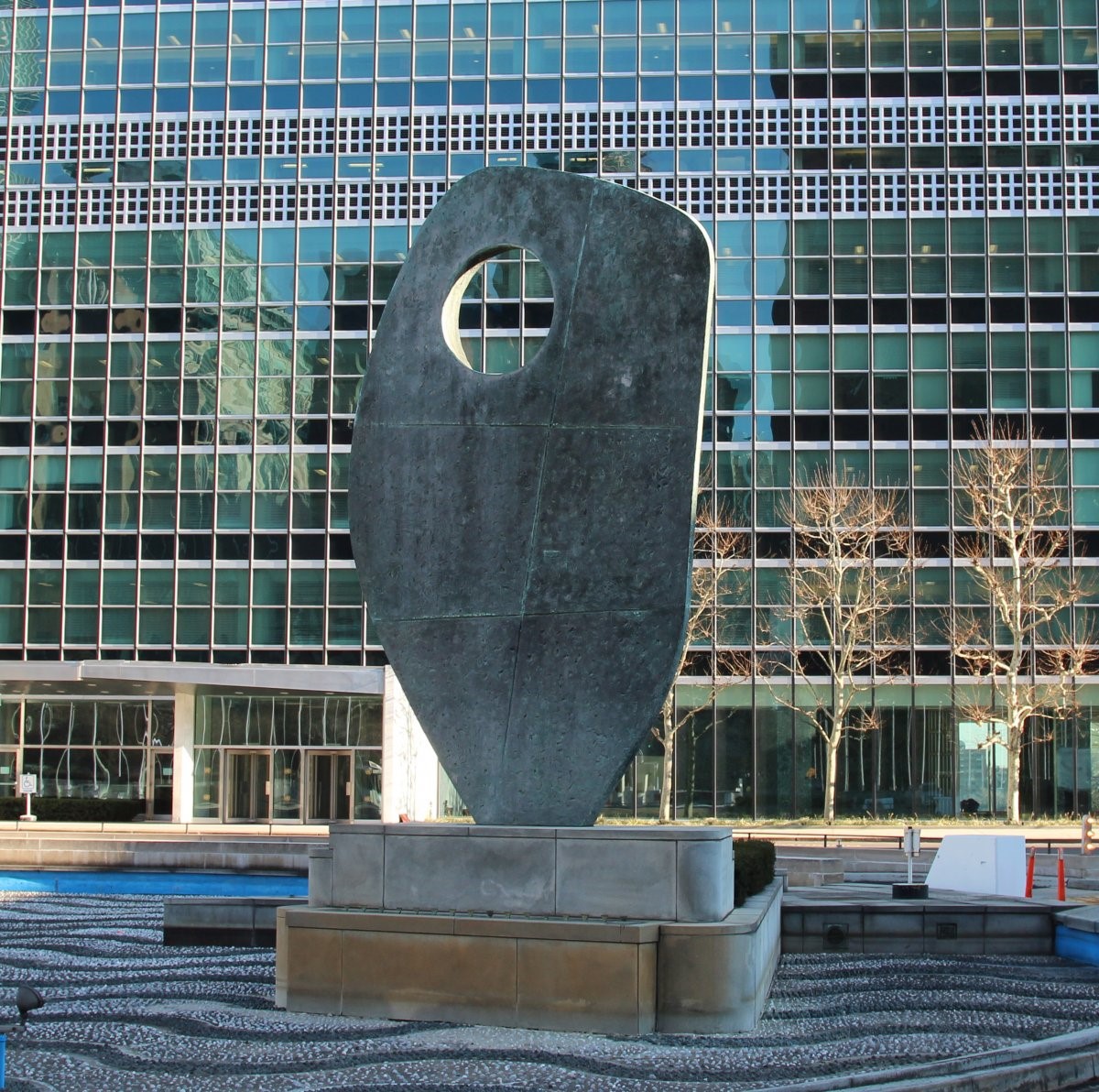 The department is grateful to Sophie Bowness (Hepworth’s granddaughter and Trustee of the Hepworth Estate) for continuing the loan of Six Forms (2 x 3) while the Tinbergen building is closed and to Madeline Slaven, Head of Exhibitions at the Bodleian library, for arranging for it to be viewed in the entrance to the Weston library.

Health and care research in Oxford is to receive £122 million in government funding over the next five years to improve diagnosis, treatment and care for NHS patients.

The passing of Her Majesty Queen Elizabeth II

Kia Nobre steps down as Head of Department