We’re delighted to be able to share our science with young people: it’s been fantastic to see the level of interest in and excitement about the brain in the groups that we’ve worked with so far.
- Holly Bridge, neuroscientist and Big Brain Roadshow presenter

In July 2018, researchers from Oxford University’s Wellcome Centre for Integrative Neuroimaging (including a number of Experimental Psychologists) visited local schools to share their research into the brain with Key Stage 3 pupils. The Big Brain Roadshow combines drama, movement and hands-on activities to give young people an introduction to the history of brain imaging from the 1800s to the present day and an outline of the ways in which current research is building our understanding of the brain. The session is delivered by active researchers working in a variety of roles, including neuroscientists, psychologists, physicists and more.

The session begins with a performance of the play 21st Century Phrenology, which takes the viewer on a time-travelling journey through the history of humanity’s attempts to understand the brain. The audience is introduced to a nineteenth century phrenologist, a World War I-era soldier whose head injury helps doctors to learn more about the brain, and the hard-working scientists of the 1980s, 1990s and 2000s whose discoveries fuelled the development of modern-day MRI and other brain imaging techniques. We are also given a glimpse into developments to come with a simulation of the kinds of big data analysis projects that may become possible in the future. 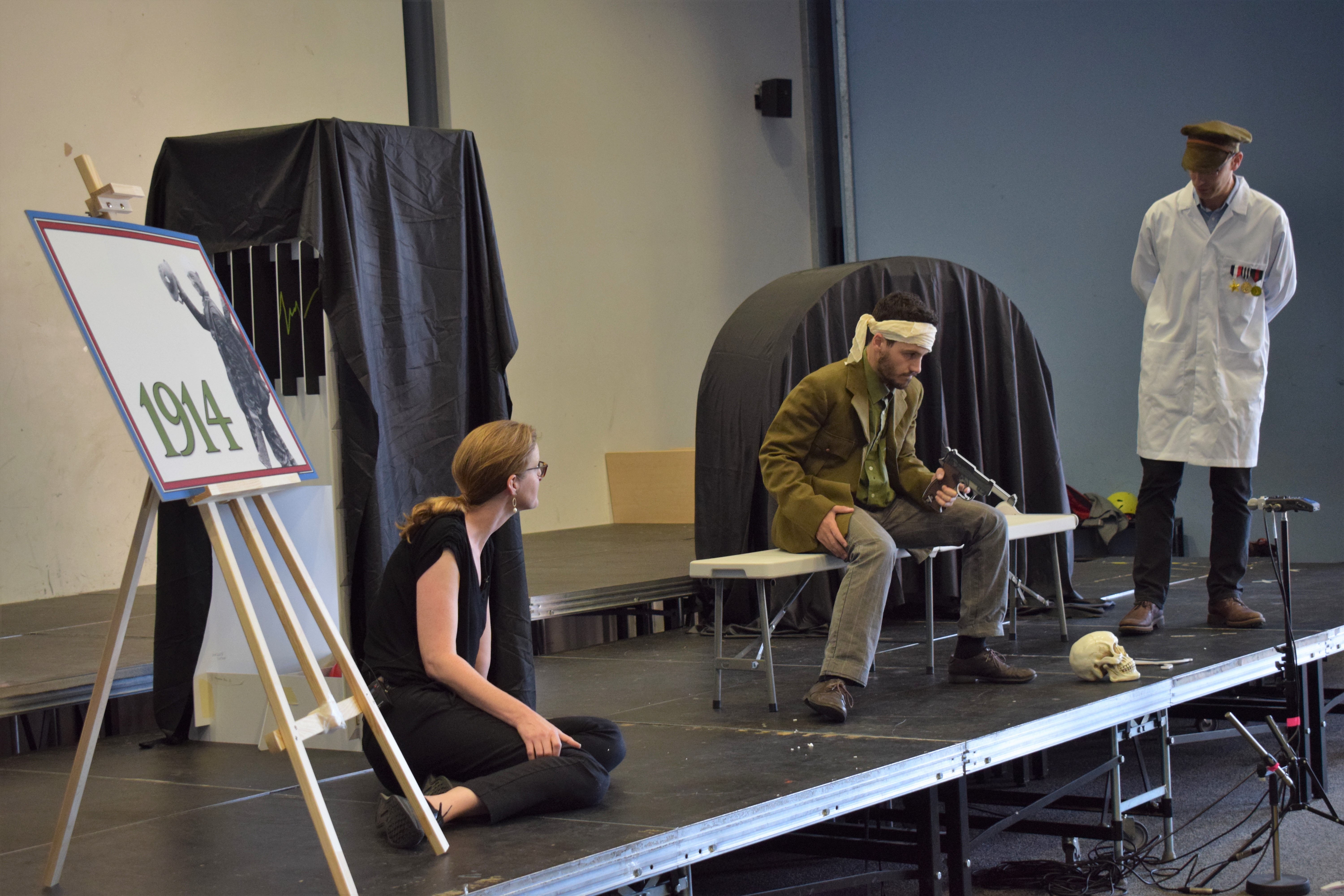 In the second half of the session, students break into small groups to visit a series of science-fair style stalls, where they can take part in hands-on activities grouped around the themes of "the talking brain", "the learning brain", "the seeing brain", "the active brain" and "the evolving brain". Involving physical challenges, puzzles, 3D-printed brain scans and even juggling, the activities allow students to explore different aspects of the brain while talking to real-life brain researchers about their work. 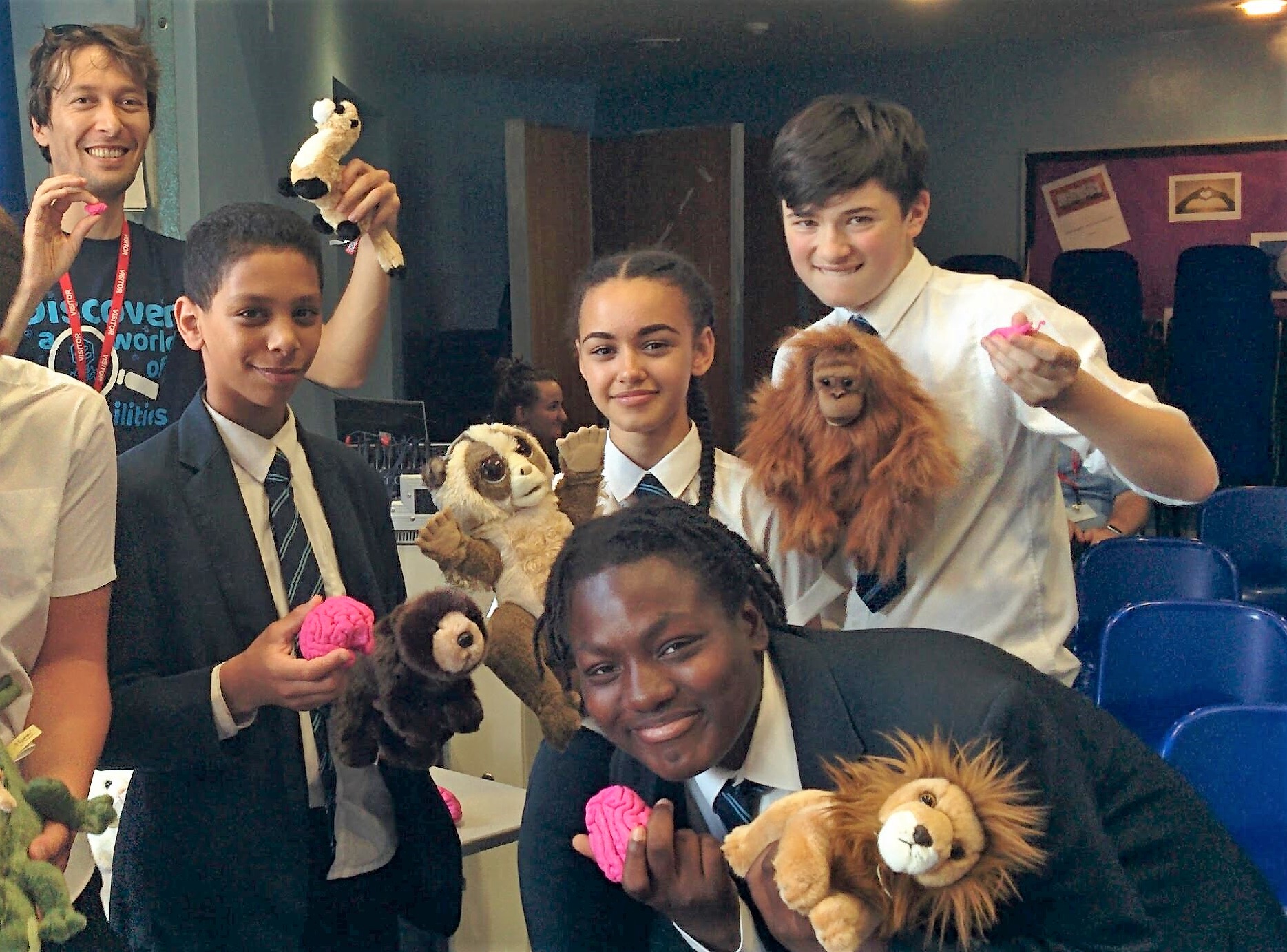 Teachers and students alike praised the activity: teachers at The Cooper School commented that “today was magic”, while those at St Gregory the Great Catholic School pointed out that “[h]aving students linger for 10 minutes of their lunch” after the session had officially ended “is testament to… a highly engaging and informative workshop”!

Holly Bridge, Principal Investigator with the Vision Group at the WIN, commented that “we’re delighted to be able to share our science with young people: it’s been fantastic to see the level of interest in and excitement about the brain in the groups that we’ve worked with so far.”

It is hoped that the Big Brain Roadshow will be on offer again for the 2018-19 academic year. If you would like to know more about the activity, please contact Carinne Piekema, Public Engagement Co-Ordinator at the Wellcome Centre for Integrative Neuroimaging to enquire.